Access the radio projects developed by artists, researchers and collectives invited to this sixth edition of EIRA. Also listen to their conversations with members of OSSO. 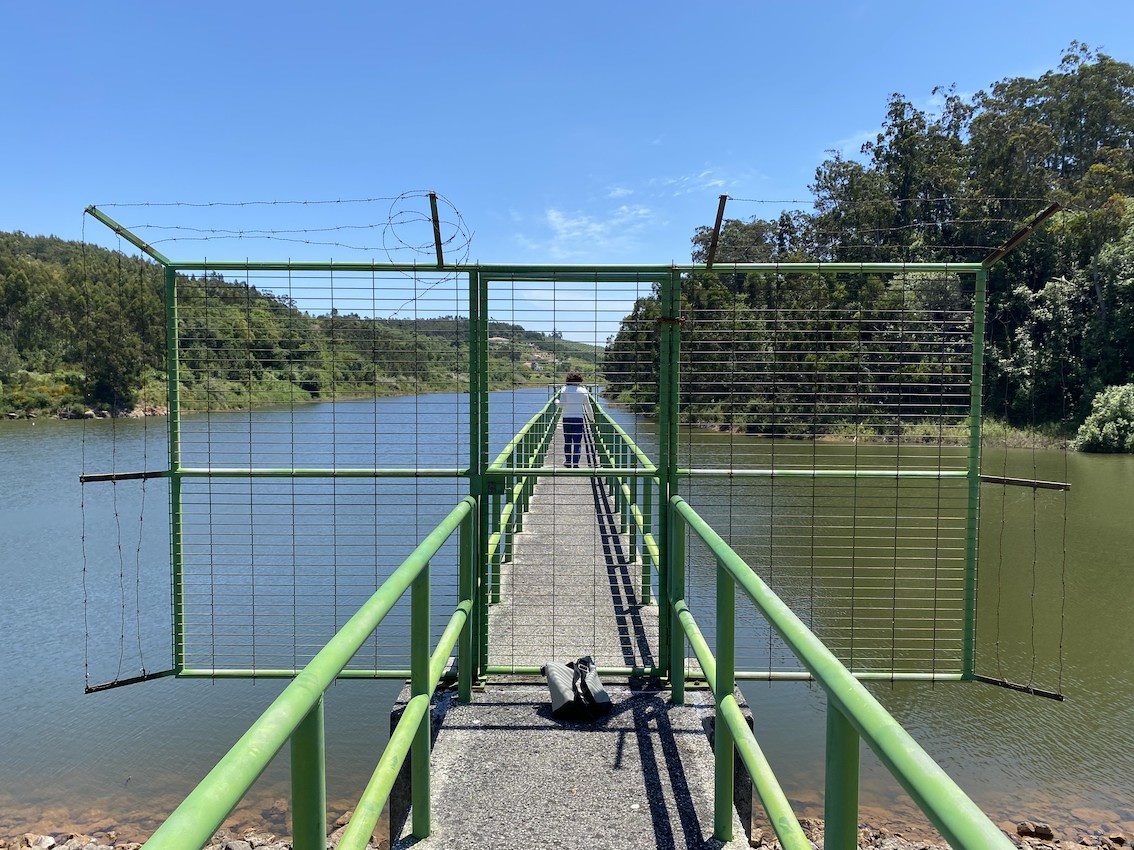 mergulho
Opposing the direct path of intention that leads the subject to the knowledge of the world that is exterior to it, reducing living and non-living people to objects, Walter Benjamin proposed the immersion and the disappearance of the subject in the world of which it is part. Taking the encounter with the territory in which OSSO is inserted and the concrete situation of the residence as an impulse and material for the development of artistic research, we propose the exploration of this Benjaminian approach. I start as a foreigner in the village, a visitor in front of the landscape. Through aimless wanderings in which new sensitive, affective and imaginative relationships are woven, I seek an immersive experience of space, the interweaving with this place. In the Eira programme I will talk with Diogo Alvim and Sara Morais about the possibility of founding an artistic practice in this dive and intertwining with the world; share a collective reading exercise and excerpts of a sound piece that addresses the ways humans relate to territory, evoking yet another form of being-in-the-world, that of plants.

Conversation between Diogo Alvim and Sara Morais with Joana Braga | 06.10.21

Joana Braga. Her artistic work articulates spatial, discursive, visual and performative practices to explore the aesthetic experience of space and also its cultural, political and social dimensions. She has been experimenting with research formats that articulate the embodied experience of territory, with the montage and reconfiguration of traces inscribed in it, to question social space. Researcher at DINAMIA’CET-Iscte. Master student in Aesthetics and Artistic Studies, FCSH. 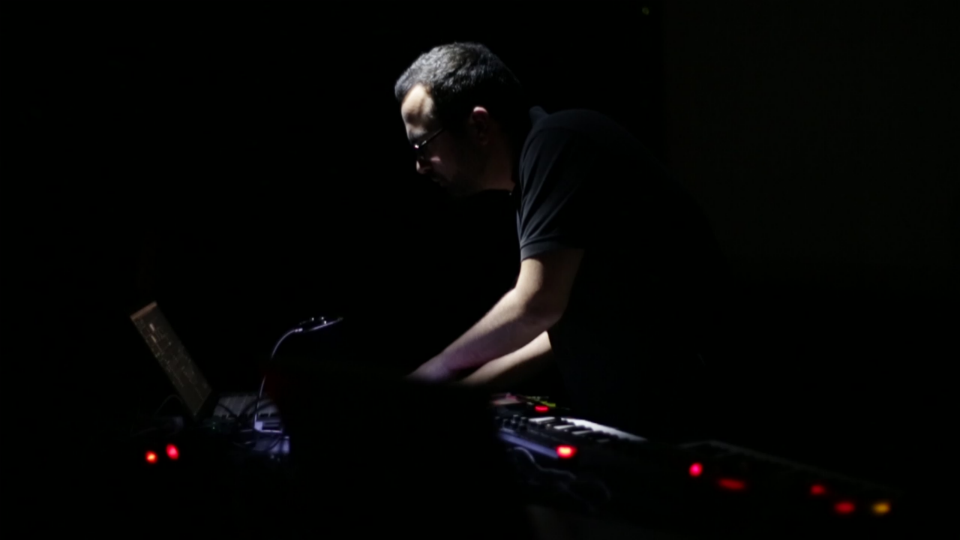 Despojos: 18000 segundos em 5 atos
In 1969 Alvin Lucier, in I’m Sitting in a Room, proposed a sound work based on a closed loop and potentially infinite process of influence of an acoustic space on a sound object.

This artistic residence unfolds around this same idea of (potentially) infinite work where the element of perpetuation is the creation itself. In Despojos, exploring the elimination between draft, essay, composition and work. The object worked on and presented in this residence will be a musical work that every day will have an addition of a new layer over what was done the day before. As we progress through the days the older layers will fade away. As such the work does not exist in that temporal moment, but is rather the composition and permanent influences induced by present and past decisions.

José Alberto Gomes is a musician, sound artist and researcher. Graduated in Composition, he created links with the new technological possibilities having special interest in searching new forms and new musical “places”.

Doctorate in Computer Music he is a lecturer at the School of the Arts of UCP, coordinator of the Doctorate in Science and Technology of the Arts and researcher at CITAR.

He regularly performs in public both in solo and collective projects in the areas of music, music for theatre and cinema, sound interactivity in installations and composition for electronics and instruments. 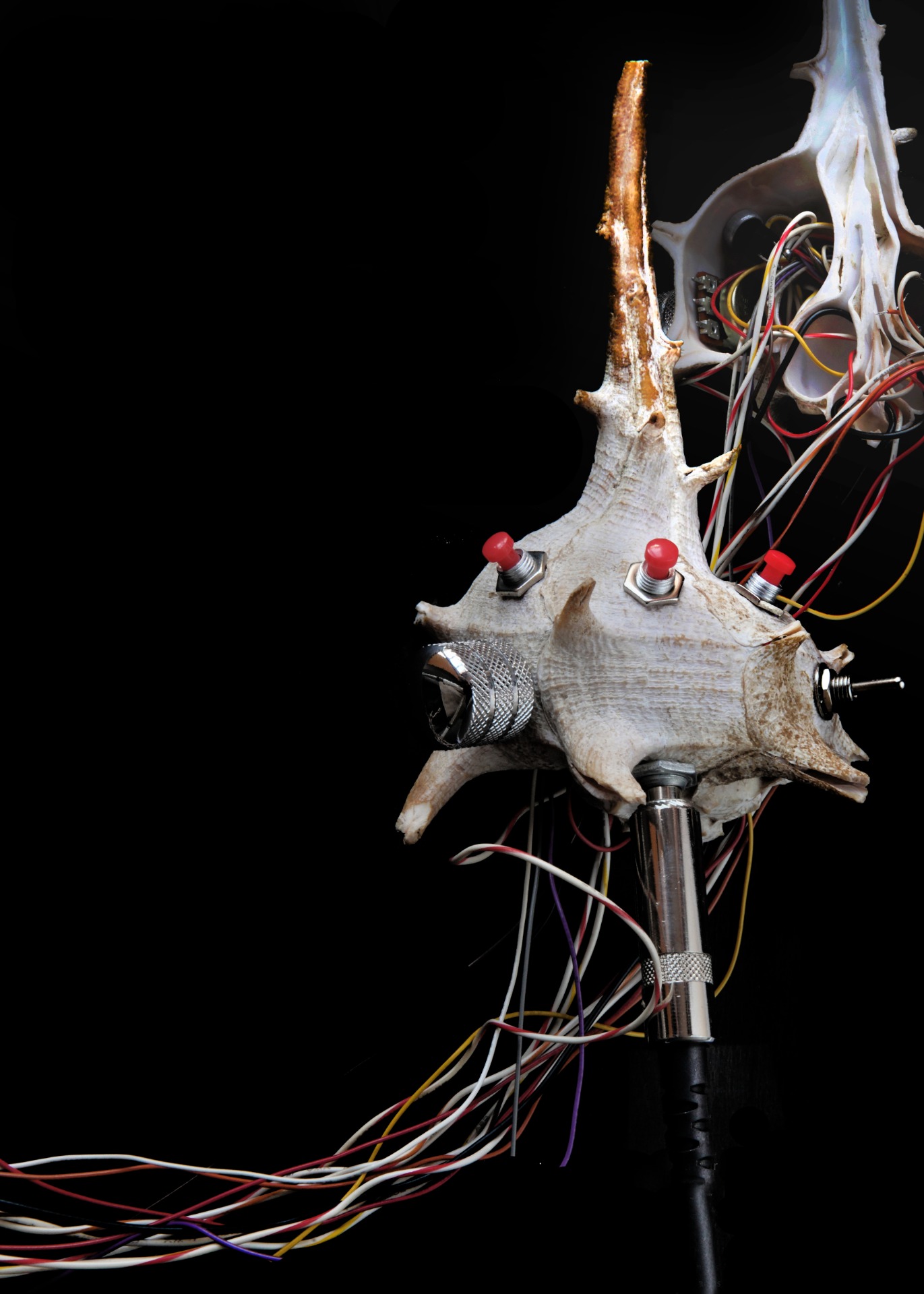 Environments, stories and other sounds of the universe of Oficinas do Convento.
The program is formed by captures made in the context of ongoing activities.
We present interviews, conversations, installations, performances, concerts, as well as other phonographically recorded programmes, in an attempt to build an alignment that can translate the eclectic profile and cultural diversity.
Some thematic blocks, but mainly a line-up organized in a contrasting way, in which the listener will be surprised by the relationships between the pieces and build his own map from the created affections.

Oficinas do Convento – Associação Cultural de Arte e Comunicação, a non-profit cultural association with its headquarters in the Convent of S. Francisco, in Montemor-o-Novo. Its objectives are the recovery and restructuring of the Convento de S. Francisco, with a view to creating the material conditions for research, dissemination, training and production activities in the area of arts and culture and the defence of heritage; the support and increase of actions that contribute to development, understanding it as a process of improving cultural and material conditions, in close collaboration with municipalities and competent entities and individuals, public or private, national or foreign; and the promotion, support and implementation of artistic and professional training activities. 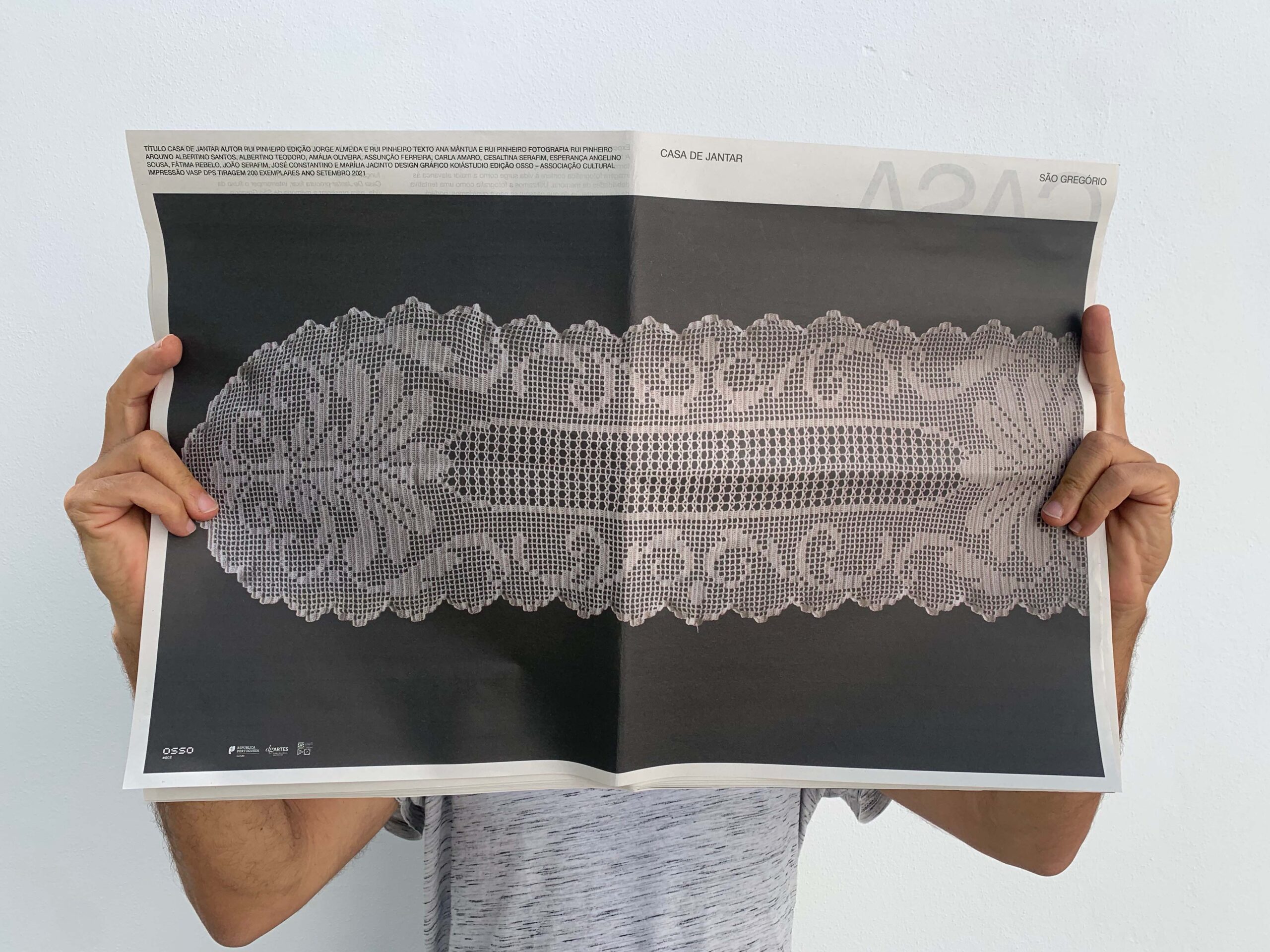 Conversation of Rui Pinheiro with the people of the Village who participated in the project Casa de Jantar, developed within the programming of OSSO, NA RUA. 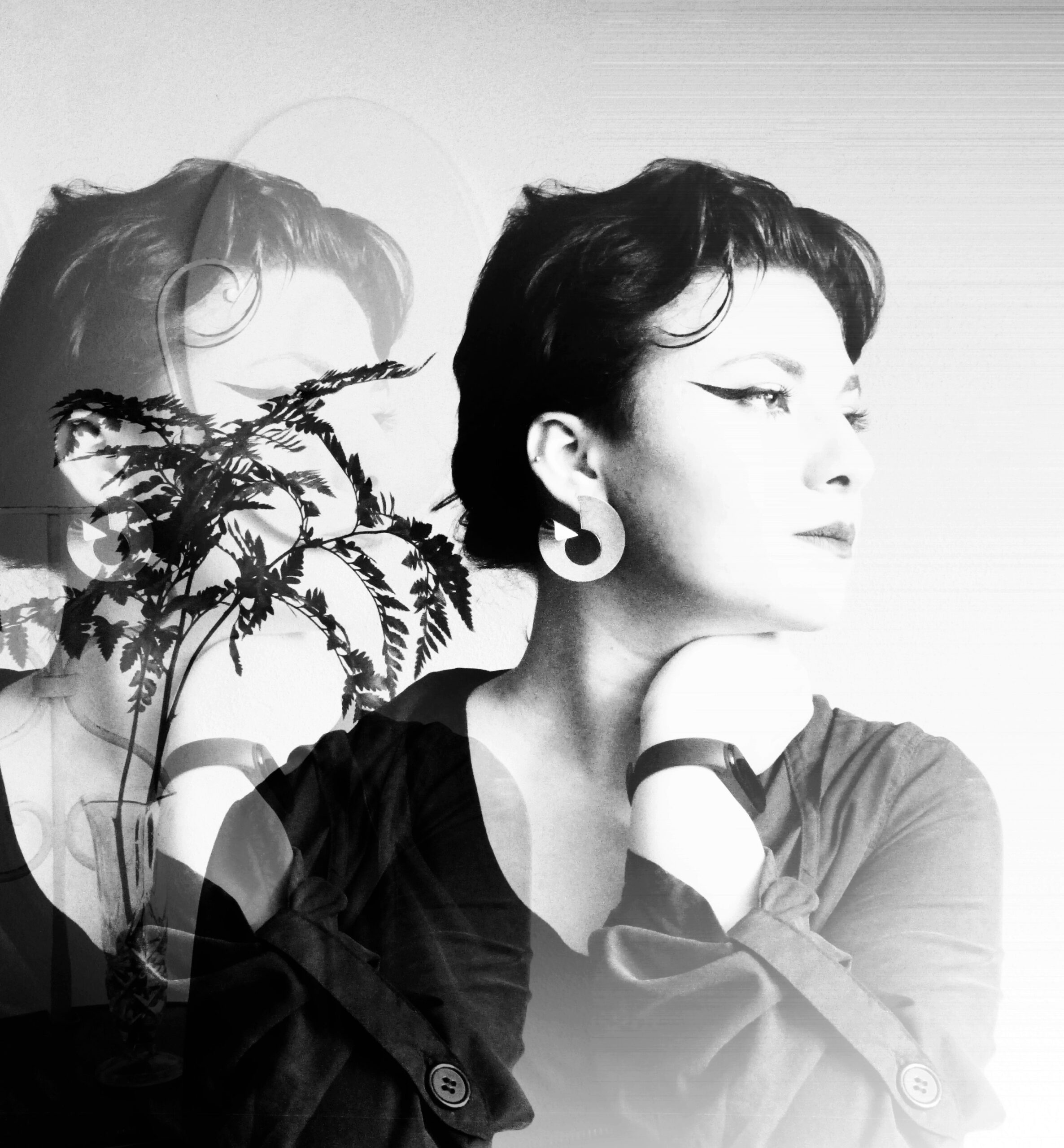 Sofia Maciel (Lisboa, 2000) lives and works in Lisbon, is a visual and performance artist. Graduated from Escola Superior de Artes e Design de Caldas da Rainha, her work addresses in a multidisciplinary way the poetic plane of creation, from reflections and cartographies – around space-erotic constellations or the autophagic interstice -, as phenomenological unfoldings materialized by transversal means such as installation, performance, painting, sound and video. He has exhibited and presented in Portugal since 2017 in spaces and rooms such as Galeria Municipal Orlando Morais, Galeria NovaOgiva, Coliseu Porto Ageas, Museu Santa Joana, Museu Atelier António Duarte, Museu da Marioneta, among others.